DRAMA SCENE has been operating since 2008 and is now the largest skill based performing arts school in the Middle East. We offer accredited tuition to children and adults as well as performance workshops. We believe drama is so much more than just standing up on a stage, drama builds important life skills such as confidence, concentration, communication, co-operation and creative skills. We refer to these as the DRAMA SCENE C’s. Many of our students have gone on to audition for some of the top performing art colleges and universities in the UK, USA and Canada.

* STAGE: Show classes for 8-14 yrs that work towards a ticketed production in June. Students need to commit to the full 6-month course (January-June 2023). Space are limited within this course. 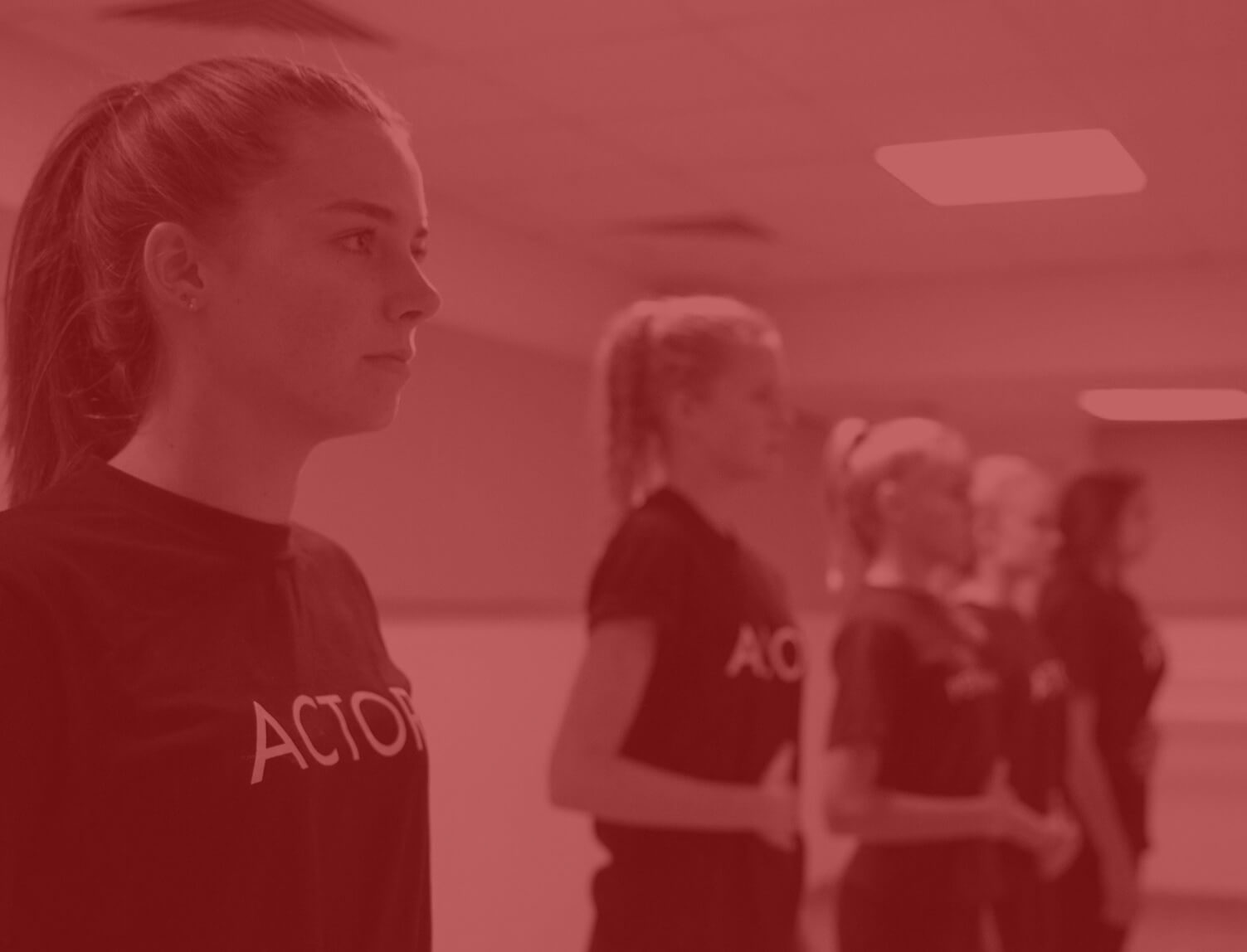 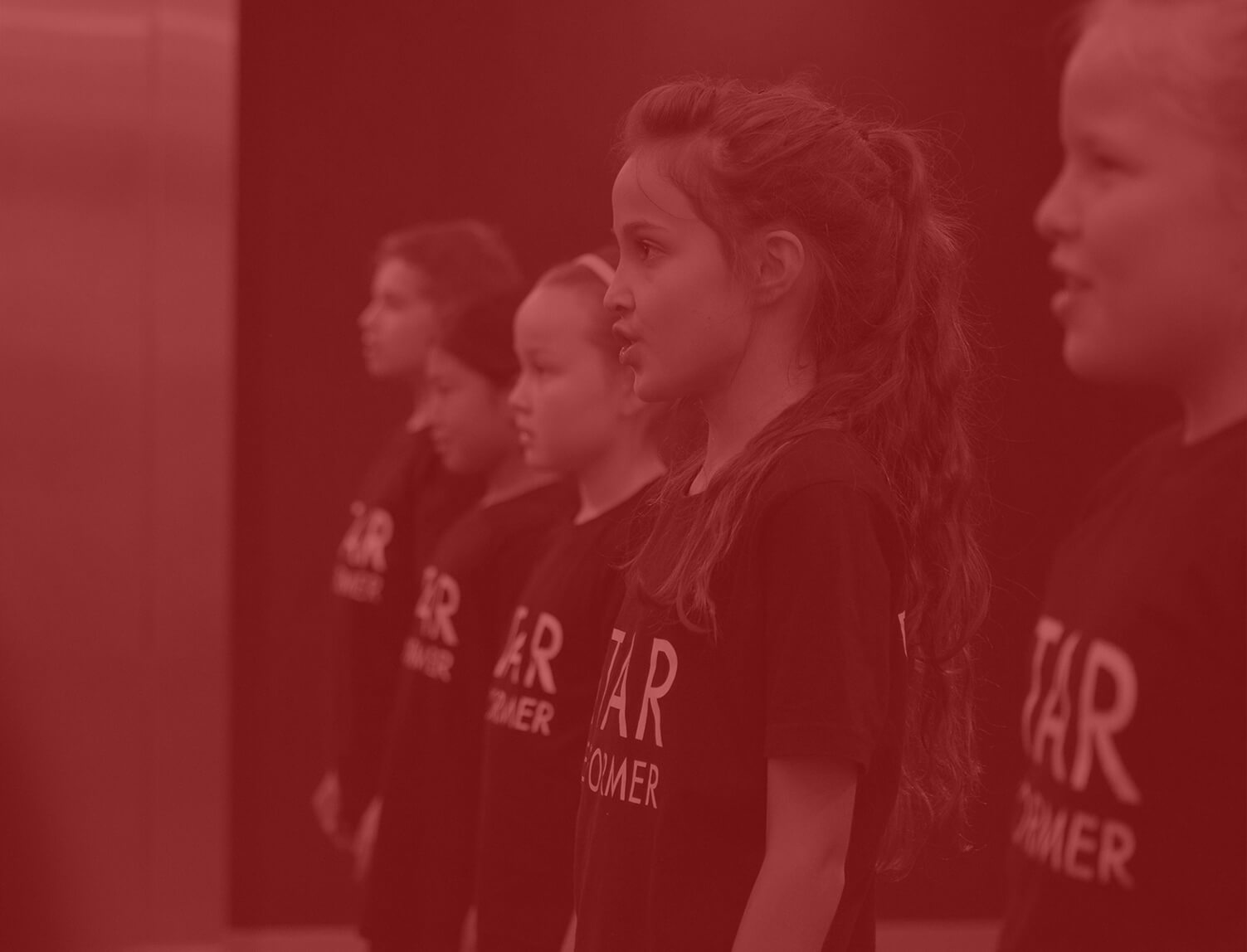 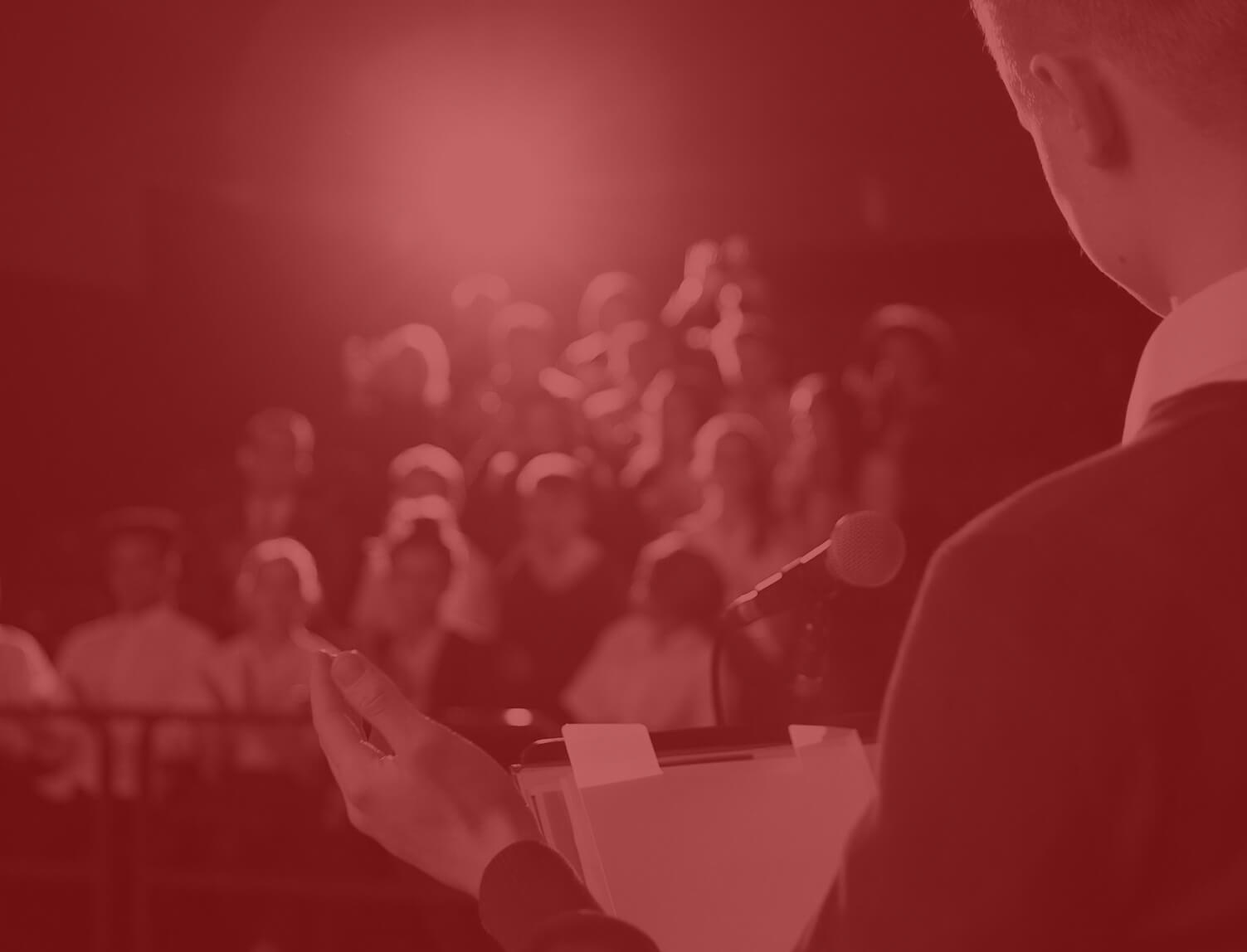 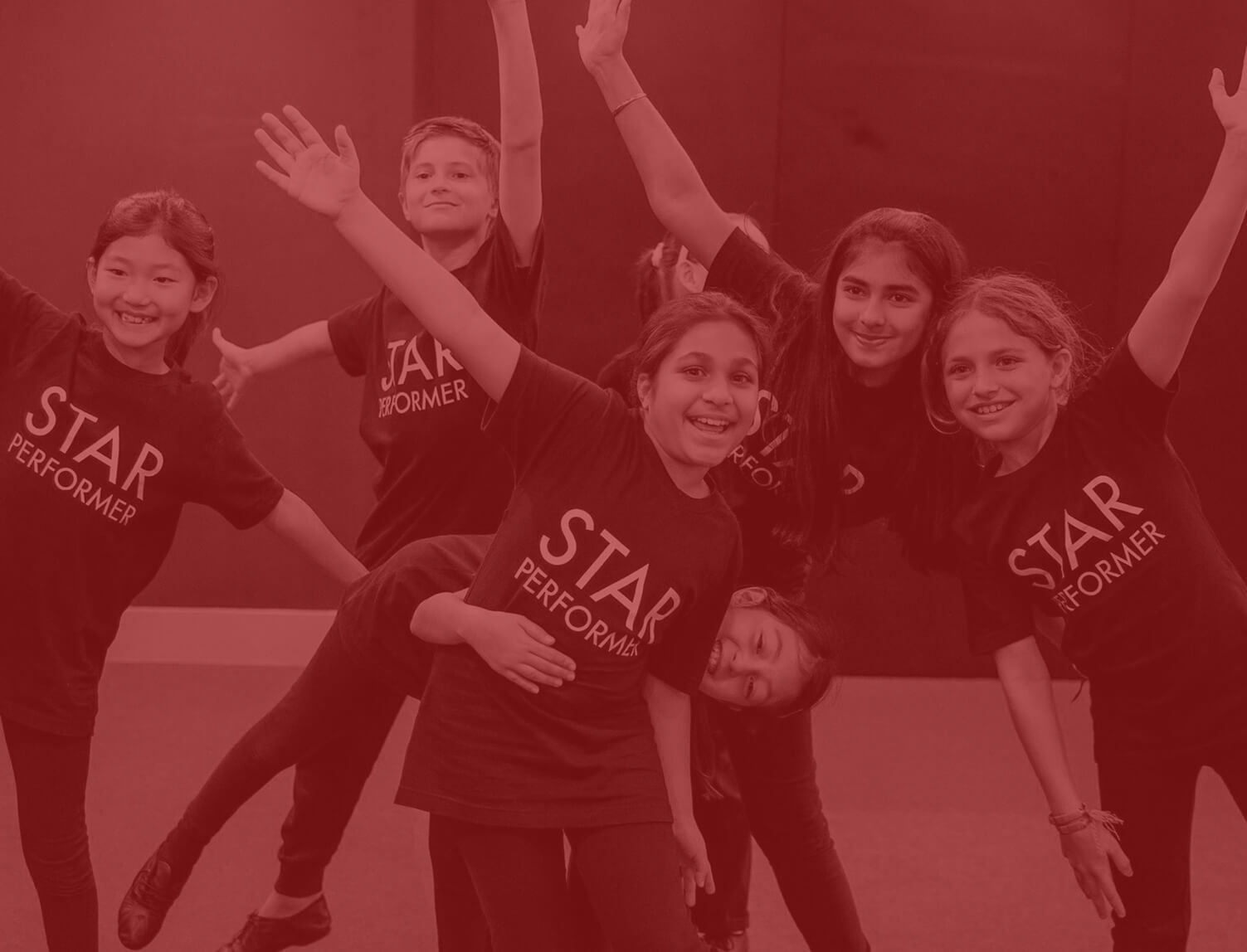 What some of our parents and students have to say

Our elder daughter, Ilham, joined DRAMA SCENE when she was only 4 years old and now she is a confident 10 year old who loves to act, debate, speak and sing. DRAMA SCENE Team has a big part to play in how she is today. They have helped her bring out her performing arts skills focusing on her strengths of communication, drama and music. This in turn has helped her in school life and she has won endless leadership positions, performance awards, end of year awards, writing and debate competitions year after year. Seeing Ilham’s progress, we enrolled our younger daughter, Jehan, at 4 as well and we are happy to see her grow from a shy little girl to an amazing outgoing 6 year old. She has unleashed hidden talents and have already sang on the stage several times at her school. We cannot thank the team of DRAMA SCENE enough for instilling stage confidence and a passion for theatre in both of my daughter’s, making them the stars they are today.

Fun, engaging classes with stellar feedback to grow the confidence of young ones in speaking publicly. My child has been in DRAMA SCENE since she was 3, so going on to nearly 6 years of being taught by them. The teachers are kind and competent. This term has been particularly good owing to smaller class sizes.

Attending DRAMA SCENE has done wonders for my daughter, she is so much more confident and this has had a positive impact on her school grades. Her teacher is amazing and has effortlessly brought out the best in my daughter. I would unhesitatingly recommend DRAMA SCENE.

We learnt about DRAMA SCENE’S existence thanks to the PCR testing in the Saudi German clinic in August 2020. The waiting time gave us enough time to run around the mall and there I came across DS. I suggested it to my daughter and first thought the Public Speaking would be a good activity, as they are presenting at school various projects and to have a strong voice and know how to get rid of the stage fright is a must. She however opted for acting classes, and she loves them! Also this type of activity helps her to work with her voice, we need to be actors in our life a bit, not to reveal our emotions especially on the workplace, in business. So I believe this activity will contribute to her future career.

I feel so comfortable and at ease with taking my 6 year old daughter to DRAMA SCENE given the current COVID situation we are in. The place is sparkling clean all times of the day and COVID protocols are strictly being followed. The teachers are very nice, easy to communicate with and passionate about what they are doing. If you are looking for a place where your child can have fun, build more self-confidence and learn creative skills in a safe and friendly environment, I highly recommend you contact DRAMA SCENE to book a trial class.

Our two children, 14 and 7, look forward to their Saturday classes at DRAMA SCENE - they're benefiting from a nurturing environment that helps them both build confidence and creativity. They've both really benefitted from the classes which is in no small part thanks to their friendly, supportive teachers.

I highly recommend Drama scene for every child. My daughter Alysha has been with DRAMA SCENE for almost a year.

Alysha was a child who was always in her shell, lacked confident and unable to express her emotions in the right way. Since being with DRAMA SCENE , Alysha has showed an amazing change and has unleashed talents that we never knew existed in our child. Just after a few classes the child has become confident, extremely social with children her age, understanding of emotions especially her friends and most of all taking part in activities she would normally sit out for. She brought home her first trophy winning her school talent show at only age 4.
Thank you DRAMA SCENE for bringing out the star in Alysha . She has formed such a strong love and passion for theatre, which we would not have known if it was not for DRAMA SCENE. Look forward to starting the new term.

Our eldest daughter, Sarah has been with DRAMA SCENE since she was 5 years. Her remarkable transformation from a very shy, timid little girl to the confident, outgoing 10-year old she is now, happened all because of DRAMA SCENE. Being in DRAMA SCENE with their well- qualified and dedicated teachers not only helped Sarah bring out her performing arts skills, but also helped develop her concentration and communication skills. Which in turn, has immensely contributed to her academic development as well. We have enrolled our youngest daughter, Lavena since she was 4 years and all the positive changes that we started seeing in her development ever since, were well anticipated. DRAMA SCENE has been the best decision we have made regarding our children’s education. I strongly suggest to any parent, particularly those who are looking to improve self-confidence in their little one, to give them the gift of DRAMA SCENE.

Just wanted to say a huge thank you for yesterday’s performances. Amazing how all the kids performed I was so impressed!

I have spent 5 years at the actor studio in NY I can tell you that your results are astonishing. I was so proud of my little Thea who is facing so many learning difficulties at school that she managed it so well and I am so sure you are giving her that confidence.

So a heartfelt thank you from me. Have a wonderful day with the rest of your performances.

EACH one of your passion, support - I repeat, SUPPORT - is what shone for every child on that stage and through them yesterday!

For us honestly, we just joined with you this past year. Each one of us is good at a couple of things, not all... I know my Amaan is having a blast each class, but I had not much/any involvement in his end performance - besides love, SUPPORT, and transport. This was at our end. And boy, did you all hold your end!

It's amazing when a student can say ``I got this`` and even if there were a different way of expression, a prompt to say you got this cause I got your back, that smile before and after... this is the essence that needs to be remembered.

Thank you and just each of you keep being you!